Should Parents Change How They Monitor Screentime? 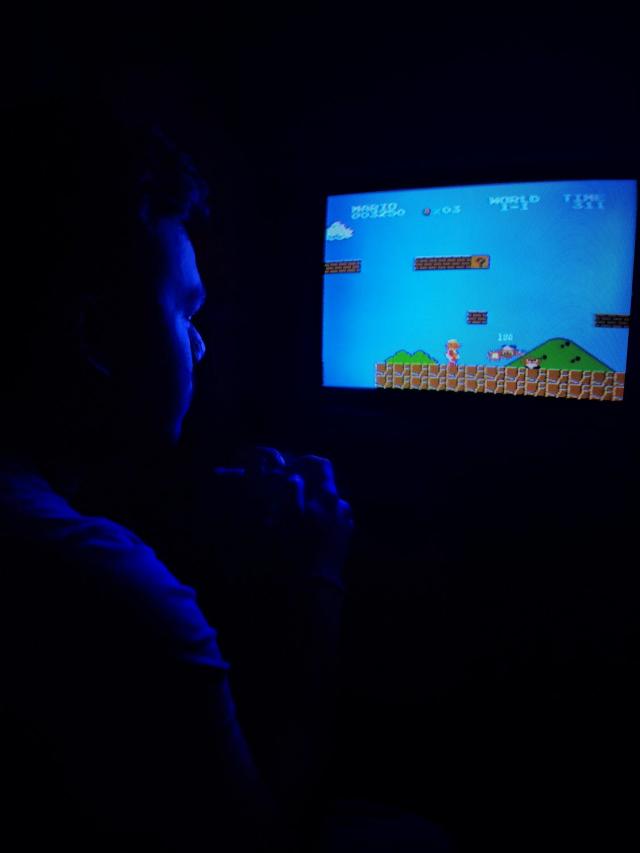 Should Parents Change How They Monitor Screentime?

Screens are everywhere in our daily lives. As adults, we are constantly switching between working on a computer, checking our phones, watching TV in the evening — sometimes even playing on a tablet at the same time.

Children are picking up on this behavior, with screen time among children increasing. Data from the Centers for Disease Control and Prevention (CDC) show that children aged 8–10 spend, on average, 6 hours per day in front of a screen. At ages 11–14, this increases to nearly 9 hours a day.

A new study from the University of California, Davis (UC Davis) suggests that screens may have critical effects on a child’s development when they begin using them at an early age.

The researchers have published their findings in JAMA Pediatrics.


The researchers handed out flyers to parents at preschools and community events. They recruited 73 children aged between 32 and 47 months and analyzed the data of 56 of them.

The researchers conducted the study over two-and-a-half-years, between July 2016 and January 2019.

During this time, the children attended the campus at UC Davis for 90-minute sessions, where the researchers assessed their ability to ‘self-regulate.’ This means they looked at their ability to plan, control, and monitor their thoughts, feelings, and behaviors.

Many people often associate these important skills with later academic and social abilities, physical and mental well-being, and income.

The researchers asked the children to complete a series of tasks, which included walking slowly along a line on the floor and taking turns with the researcher to build a tower out of blocks.

The researchers also carried out a type of delayed gratification test in which they asked the children not to open a gift while the researcher left the room for a short period. This test, pioneered in the 1970s, indicated that children who could wait longer for a reward tended to have better outcomes in later life.


The researchers compared the results from these tasks with information from the parents about screen time. The information included the age at which the children first saw a screen and how long they spent per week on a device.

The results showed that children who began using any screen media (including television, computers, smartphones, and tablets) earlier in life had lower self-regulation abilities.

The results showed that this was also true of those who currently used mobile devices (smartphones or tablets or both) more than others in the cohort.

Screen time measures, however, did not predict the parents’ perceptions of their child’s self-regulation.

As a result of their findings and as a precautionary measure, the researchers recommend that parents limit the amount of time preschool children use mobile devices.

“Young children are often exposed to substantial amounts of screen media. Even though [the] consumption of moderate amounts of high-quality children’s media has been established to have a positive influence on development, the current findings support limiting children’s use of mobile devices.”

TVs and computers may be safer


Surprisingly, the researchers found exposure to traditional devices, such as television and computers, was not related to self-regulation.

They say this may be because messages to provide more child-friendly educational content on TV and warning parents to monitor what their children watch have been effective.

It is also likely that the fixed nature of a television and a desktop computer causes less harm than a mobile device, which a person can take anywhere.

“The portable nature of mobile devices allows them to be used in any location, such as while waiting for appointments, or in line at a grocery store. The screen use, then, could interfere with sensitive and responsive interactions with parents or practicing self-soothing behaviors that support optimal development,” explains Lawrence.

What should parents do with this information?

One of the key take-home messages of this study is for parents to consider delaying introducing any screen media to very young children.

Another consideration includes limiting the excessive use of mobile devices, such as smartphones and tablets, among preschool children, while ensuring that any screen time provides positive educational and developmental material.

It is important to note, however, that the researcher based this study on a small sample of just over 50 children and was biased towards middle-class groups.

Furthermore, the study is cross-sectional and not randomized, so it can only ever show correlation, which may be due to biases. The observed change in the self-regulation summary test score may not be meaningful, particularly since the tests do not predict the parents’ assessments of their child’s self-regulation.

Researchers need to carry out long-term studies of more children and obtain more accurate assessments of their screen use before they can confirm links between screen time and child development. The team at UC Davis says this work is already beginning.

4 Parenting Tips on During the Quarantine

Should Parents Change How They Monitor Screen Time?